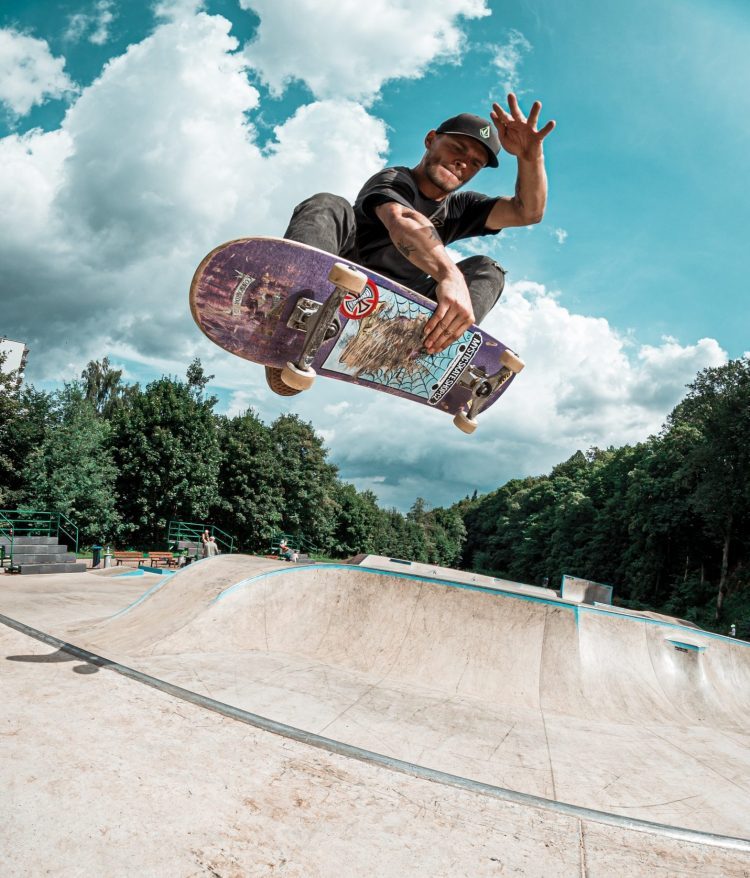 What is TrickTape’s goal? To appreciate what we have, and use it to its full potential.

We have a habit of convincing ourselves we need just one more thing. The next whatever will make us whole. Sometimes it’s true – that’s called progress. Other times it’s an excuse to place happiness outside ourselves.

TrickTape’s mission is for you to wear shoes you love and skate them for as long as you’d like. It’s part of an overarching goal to better appreciate our material goods – our challenge today isn’t consumption, but rather overconsumption, and a lack of awareness for where things come from and where they go once we’re done with them.

Shoes are a great place to start building that awareness.

In this ecommerce era, shoes do magically show up at your doorstep (unless you’re supporting your local skate shop), and it’s easy to forget they traveled thousands of miles and took the work and coordination of thousands of people to get there. From that perspective, skating them for a few weeks to only throw them in the trash doesn’t make much sense. Same goes for the clothes we wear, food we eat, phones we scroll and so on.

Take these Lakais for example. 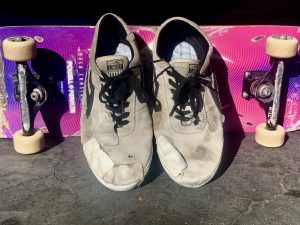 Not showing up to any dates wearing these fixer-uppers, but had a lot of fun skating ’em.

Now I’ve skated dozens of shoes over the years and these are by far my favorite for one simple reason…I skated these things into the ground. They lasted 6 weeks. First 3 I skated like normal, at which points holes in the uppers made them un-skateable and normally I would’ve thrown them out. The latter 3, I used a combination of TrickTape & Shoe Goo and skated them until the soles blew out, at which point repeatedly putting Shoe Goo on the bottom became more effort than it was worth.

The goal wasn’t to skate one pair of shoes forever, but to skate fewer pairs of shoes over time.

I purchased them on sale for $40 and used $5 worth of TrickTape and Goo. So, six weeks of skating cost me $45 instead of $80 had I replaced them with a new pair. And that’s a pretty conservative example considering shoes can easily run over $70. Regardless, TrickTape is priced to give you at least 6-8x in savings what it costs you.

Elephant in the room, why use Shoe Goo, the product we’re trying to improve on?

The last thing I want to do is sell a product that doesn’t do what I say it does, and what really bums me out is when a patch peels off the shoe. When I stick a patch on the side it’s not an issue, but for more awkward places like the toe, it’s tricky to get it to not catch an edge and peel off. Easy fix – just reinforce the edges with Shoe Goo and let sit overnight. If you’ve already got a tube, hang onto it. If not, we sell Shoe Goo Minis that are perfect for these repairs because a little goes a long way.

I like the combination instead of Shoe Goo alone because it keeps the same board feel when flicking, blends into the shoe, and is especially durable. Patches are made of 100% recycled synthetic suede which is a great bonus. (Yes, vegan friendly. Yes, I do get asked that a lot, who knew!) 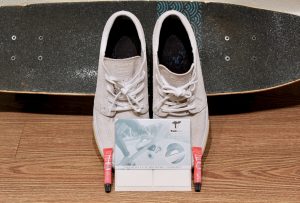 My ultimate goal is to create a patch that sticks permanently to the shoe using a fabric more durable than any shoe on the market – everything on this website (including Vritti) is in pursuit of that goal. We’re not there yet, but I believe this is a step in the right direction.

So if you’re looking for an easy, inexpensive way to fix your skate shoes, head to the Store!

You can also learn more about Vritti Blogs and the sweet Bamboo shirts available on the site if you’d like to support in other ways.

Either way, I hope we can all build awareness for what we have, and put it to good use.