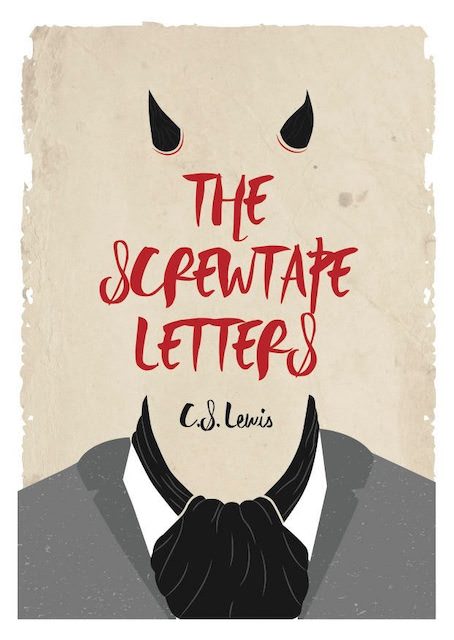 “Readers are advised to remember that the devil is a liar.”

Picking The Screwtape Letters as the first book for the blog was not my best idea. There’s a ton to unpack and it took a lot longer than I thought, but here we are. We’re figuring this out as we go along, but the plan is to make Screwtape a 7-part mini-series, then onto something less Hell-related.

These posts will make more sense if you’ve read The Screwtape Letters, but if you haven’t my hope is they give you something to mull over, or better yet, pick up a copy.

It’s worth scrolling through C.S. Lewis’s Wikipedia page for a general background, but for the time being all you really need to know is that Lewis was English, published Screwtape in 1942, and was friends/dedicated this book to JRR Tolkein – which is objectively baller. He was an atheist turned “Christian Apologist” meaning he defended Christianity through reason and argument, gained prominence through his radio broadcasts during WWII, and the acclaimed Chronicles of Narnia probably ring a bell. 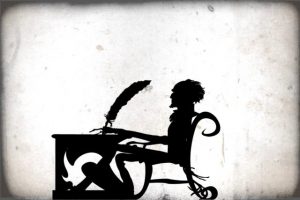 Two things to address up front. First: religion can have a negative connotation and a lot of people’s eyes glaze and/or roll at the thought. There’s just reason for this – plenty of terrible acts have been done in the name of religion, progress hindered, and NFL games unwatched. You can’t just brush that off. Lewis acknowledges this throughout and is sure to emphasize that God wants us to be rational as we clarify truth.  He does not shy away from science or the simple pleasures of life. The idea that pleasure is actually one of God’s creation is very refreshing, as opposed to the Catholic school stereotype where basically having fun is a sin.

Don’t forget religion has been a driving force for good too (e.g. schools/higher education, figures like Ghandi & MLK). When it comes to spirituality, it’s important to separate religion from dogma. To distinguish between eternal truth and unwavering ignorance…this idea that you’re going to cram the world into a box of your own standards. There’s no shortage of religious figures turned awful people, making it easy to write off their beliefs as false – but before doing so we must ask…is the doctrine wrong, or the human?

The premise of the novel is definitely out there…I mean it is about a demon (Screwtape) who’s writing letters to his nephew demon-in-training (Wormwood). Wormwood is tasked with tempting his man away from God (aka “the Enemy”) and towards hell and eternal damnation. As a work of fiction, it’s completely understandable to not take this literally.  But the beauty of fiction is that just because it’s not real doesn’t mean it’s not true. Angels and demons may not be real in the sense of little figures on our shoulders…but I don’t think that matters. What matters is asking, are they true? Are there good or evil forces, and do they influence our behavior?

This brings me to my second point: there is more to life than meets the eye. Take light for example. Specifically, the electromagnetic spectrum. 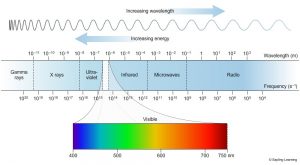 Notice how little of the spectrum is visible light. There are radio waves, microwaves, infrared & ultraviolet, all around us all the time that we are completely unaware of. If I hadn’t learned about them in school or repeatedly fallen off boards, I’d have no idea x-rays exist…but they do.

This goes far beyond light. There are smells I can’t smell and sounds I can’t hear, but my dog can. For most organisms, there’s no such thing as color. Through sense alone, it’s a completely different world to a fish, to a frog, to a cat, to a bird. And particularly different from human to human based on environment and experience. Point being, we know for certain there are things in the world we are not physically equipped to observe, which begs the question, what else can we not see? How much of the world are we completely obviously to? (David Foster Wallace’s This Is Water is a phenomenal illustration of this point, amongst other things.) 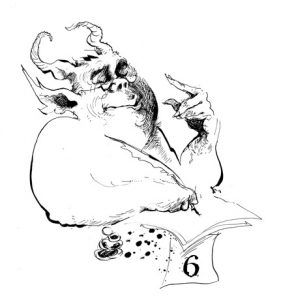 “Keep everything hazy in his mind now, and you will have all eternity wherein to amuse yourself by producing in him the peculiar kind of clarity which Hell affords.”

A running tactic of Screwtape’s is keep your attention on the surface and at face value, rather than digging deeper and asking – is it true?

Do Heaven and Hell exist? So long as you’re alive, the point is moot, but I like to think you can create Heaven on Earth, and can certainly wind up in a living hell…or a place that has all the same characteristics. The feeling of intense physical/mental/emotional pain or the deep regret of finally realizing “I messed up.” That pit-of-the-stomach, I screwed up, there are no re-do’s, and now I have to live with the consequences. Much of Screwtape’s worldview runs parallel to the fundamentals of depression, anxiety, and addiction.

“Murder is no better than cards if cards can do the trick. Indeed, the safest road to Hell is the gradual one – the gentle slope, soft underfoot, without sudden turnings, without milestones, without signposts.”

I always pictured evil as something active, something obviously wrong, you know like murder, cheating, stealing…the layups to hell. But that’s not how Screwtape operates… he’s not actively trying to get his host to commit sins. In the introduction it straight up says that World War II was of little interest to him. The most deadly, horrific conflict in our history and Screwtape hardly took notice. Now THAT’s a bold thing to write. Yes, the cruelty was entertaining and produced ample candidates, but war calls for bravery and a cause higher than self – something Screwtape would rather not have us dabble in.

No – it’s eerie, insidious, and much worse because the host doesn’t know what’s happening until it’s too late. Or if they do, they’re too fearful to confront it.

It’s the small things. The tiny, seemingly inconsequential decisions that separate you further from your purpose, and in aggregate against your Self.

When I think of the Screwtape Letters, I think of vagueness… this theme of keeping things uncertain. Chasing illusions, making assumptions, working in the shadows to ensure truth never comes to light. A clever technique is to produce anxiety or hope for the future – it doesn’t matter which, so long as the host is living in the future rather than experiencing the gifts of the present.

Confusion, darkness, distraction, noise, empty promises, arrogance, commandeered language, and “contented worldliness” are all used to fog the mind and twist the good. Unchecked by the unaware and unwilling.

“Do remember you are there to fuddle him.”

A sketch of Screwtape by Lewis himself

That about does it for part one! Hopefully you pick up a copy and see what Screwtape’s up to for yourself. Part two will focus on arrogance, and how putting ourselves at the center of the world is one of Screwtape’s most effective means of temptation.

Screwtape Letters is so clever and oddly funny throughout, but it is dark… I don’t want to be a total downer starting with this, but it’s important to recognize that evil exists. Personally, diving into a novel like this helps keep me a little less naive, and a small dose of fear-of-God sparks a fire to make something of myself.

I’ve spent some time with this book, but there’s one thing I can’t quite figure out and I’d like your help with. Right before the Preface are two quotes:

“The best way to drive out the devil, if he will not yield to texts of Scripture, is to jeer and flout him, for he cannot bear scorn.”

Why do Luther and More say this, and why does Lewis put this at the very beginning? Of all tactics to overcome evil, why are these iconic figures suggesting we make fun of it? Would love to hear your thoughts.