Pat Duffy “I did it for me” Internal vs. External Motivation 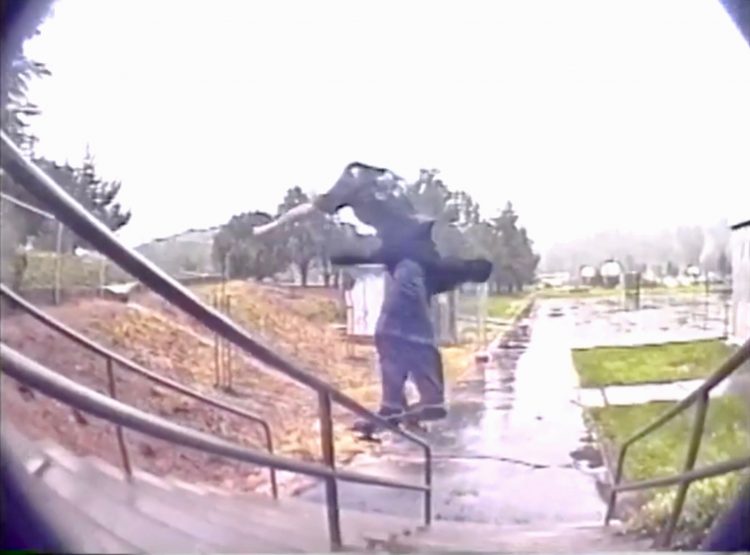 My favorite skate clip of all time. The rain, Ternasky hyping from behind the camera, Duffy going back for a second (and third) shot…I love everything about it.

A back lipslide down a 10-stair was unreal for its time. No one was pulling that off 30 years ago, let alone doing it spur-of-the-moment in the rain. It’d still hold up in a video part today.

But what makes it truly special is what Pat says when asked,

“No dude I did it for me. So that I could have the satisfaction of doing it.”

Then he stands back up.

It perfectly encapsulates skateboarding – pure motivation that can’t be corrupted. You can tell he means it too. Whether or not someone was watching, or he was getting paid, or would become famous, or any other type of material reward – he’d be out in the rain.

It’s a good approach to life. To do things for yourself, for your own satisfaction.

It’s counterintuitive because on the surface that sounds selfish; what kind of world would we live in if everyone was self-interested all the time? That doesn’t seem too virtuous, and there’s work to be done to make sure our basic needs are met, which involves sacrifice and usually a paycheck.

But what do you do with your time once those needs are met? Spending it with friends and family is a good choice – that’s also why I love this clip because Ternasky is so supportive and looking out for his friend.

The time that’s left is, by default, for you. This is where self-interest comes in one of two forms. The first is self-interest that is externally motivated – money, power, and fame are some juicy incentives. This is the athlete, actor, businessperson, etc. who says they love what they do, but in reality they’re only in it for the house, the cars, the girls, the spotlight…but they can never seem to find what they’re looking for, and in the long run, those very same things will eat them alive.

Unfortunately, this is relatively common and comes in the form of contract disputes, broken relationships, or walking away from the game completely. Maybe the game itself has the wrong motivation…plenty of elite skaters/surfers/boarders choose not to be apart of the competitive circuit. Personally, I’m on the fence with that one. Some people are truly motivated at the thought of being the greatest and it brings out their best. The problem is, there can only be one winner, so who are you when you’re not on top?

Or maybe your external motivation has nothing to do with material rewards, and you’re living somebody else’s dream.

This isn’t to say Pat Duffy had it all figured out, but in that moment, he got it right. It was built on solid ground – internal motivation. The outside world is constantly in flux, which is why it’s dangerous and frankly unrealistic to place happiness outside yourself. It may work when times are good, but when the tide inevitably changes that’s when it all comes crashing down. It’s fitting that this clip came out in 1991 when skateboarding was at its absolute bottom.

There’s something wholesome about doing it for yourself – knowing you worked for and earned the satisfaction. I often think back to my first kickflip, it’s something that I’ll always have. Or just a good day of skating that I can replay in my head throughout the week.

It’s one of the many lessons skateboarding has to offer because for most of its history, there were no external rewards. In fact, it was the exact opposite in the 70s & 80s when skating was looked down upon…that’s really saying something about the pioneers who were in it for the love of the game. Who do it for no other reason than to do it.

Skating’s more mainstream these days, but those roots run deep. For whatever reason, it seems to be internally motivated by nature – from the kid showing up to the park everyday with no pressure from a coach or parent, to the fifty-year-old still ripping the pool.